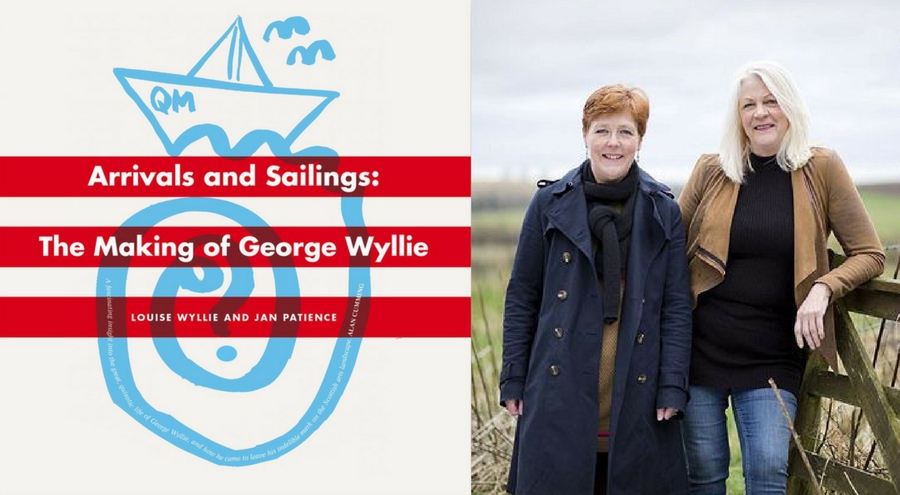 Jan Patience has been a journalist and editor for over twenty-five years. She writes on visual art for the Herald, Homes and Interiors Scotland and the Daily Record, among others. Jan was a driving force behind the Whysman Festival in 2012.

The Making of George Wyllie has been co-written by his elder daughter, Louise Wyllie, and arts journalist Jan Patience. Containing never-before-seen images and fresh insight into his influences and early life, this book seeks to answer questions about the forces which shaped Wyllie’s unique worldview.

The voyage begins with Wyllie’s Glasgow childhood – a period ‘disadvantaged by happiness’ – and moves on to time spent serving in the Pacific with the Royal Navy during WWII, where he witnessed first-hand the devastation caused by the world’s first atomic bomb being dropped on Hiroshima.

After the war, like Robert Burns and Adam Smith before him, Wyllie became an Excisemen. He made ‘time for art’ in his forties, going on to create memorable public art works such as the life-sized Straw Locomotive, which hung from the Finnieston Crane in Glasgow, and the giant seaworthy Paper Boat, with the letters QM (Question Mark) on her side.

By the time of his death at the age of ninety in 2012, this idiosyncratic self-taught artist had laid out his vision of himself as the artist-shaman, arrow in hand, making a last Cosmic Voyage.