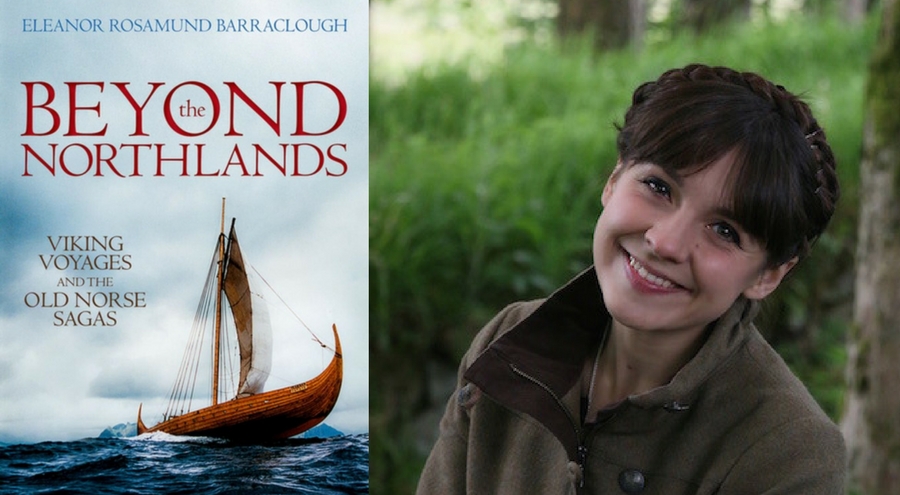 Eleanor Rosamund Barraclough is Lecturer in Medieval History and Literature at Durham University. She studied Anglo-Saxon, Norse and Celtic at the University of Cambridge before taking up a Leverhulme Early Career Fellowship at the University of Oxford. In 2013 she was chosen as one of ten BBC Radio 3 New Generation Thinkers, in a competition to find young academics with the potential to turn their research into programmes for broadcast. Since then, she has presented BBC radio documentaries on subjects including the supernatural north, fire in Scandinavian culture, apocalypses, and Nordic identity.

Eleanor will be the opening event for Faclan’s evening of Tìrean Deighe is Teine: Lands of Ice and Fire on Friday 27 October

Beyond the Northlands: Viking Voyages and the Old Norse Sagas